UPCOMING EVENTS at The Stanley

A wide variety of events sure to spread Entice and enthrall​​

Originating from Gainesville, FL, Sister Hazel is comprised of five gifted, seasoned musicians whose well-spring of natural talent has been called "one of the Top 100 Most Influential Independent Performers of the last 15 years" by Performing Songwriter Magazine. Song "All for You" topped the adult alternative charts during the summer of 1997 and the success propelled their album to platinum status.  In their first showing on the country music charts they made a strong debut with “Lighter In The Dark” at #4 on Billboard’s Top Country Albums chart, #6 on Billboard’s Independent Albums chart, #30 on Billboard's Top Current Albums chart.
Tickets 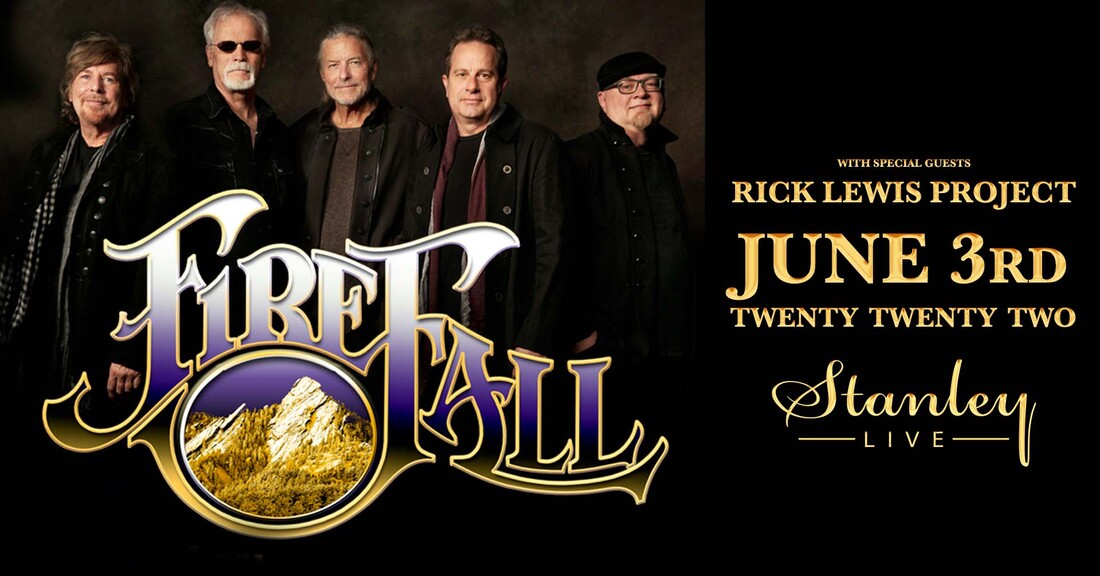 The genealogy and musical roots of FIREFALL run deep into the fertile soil of American rock and folk rock music. It began with Woodie Guthrie and later, Bob Dylan, evolving into the Byrds and the Buffalo Springfield. The genre established by these luminaries continued with Crosby, Stills and Nash, Manassas, The Band, Neil Young, The Eagles, Poco, Loggins and Messina, The Flying Burrito Brothers, Gram Parsons and Emmy Lou Harris, Dan Fogelberg, America and FIREFALL. Many of these participants mingled in the studio and on tour. Individually and collectively they created a sound that changed the world's musical landscape. FIREFALL is one of the few surviving bands of this genre, remaining true to its founding vision and roots despite personnel changes over its 40+ year history. The band transcends and embraces many industrial labels- rock, soft rock, country rock, contemporary country, easy listening and Americana.
Tickets

DEPENDING ON WHICH SHOW, SOME MIGHT REQUIRE PROOF OF FULL VACCINATION.
Please note that government mandates and venue protocols, including COVID-19 vaccination requirements may vary depending on the venue and/or event, and are subject to change. It is important to check with your specific event and then continue to check back frequently for the latest information and details. To learn more, visit the venue site periodically until the specific event's actual occurrence to keep up-to-date.
Tickets are non-refundable and non-transferrable. Masks are required for all events.
The Stanley hosts a large variety of exclusive concerts and entertainment featuring Grammy winning artists.
LEARN MORE
Jump to top of the site Jump to main content
Invisible App Zone
Drag apps
--->