Join us for an intimate weekend of grueling horror with 350 true Bruce Campbell fans! 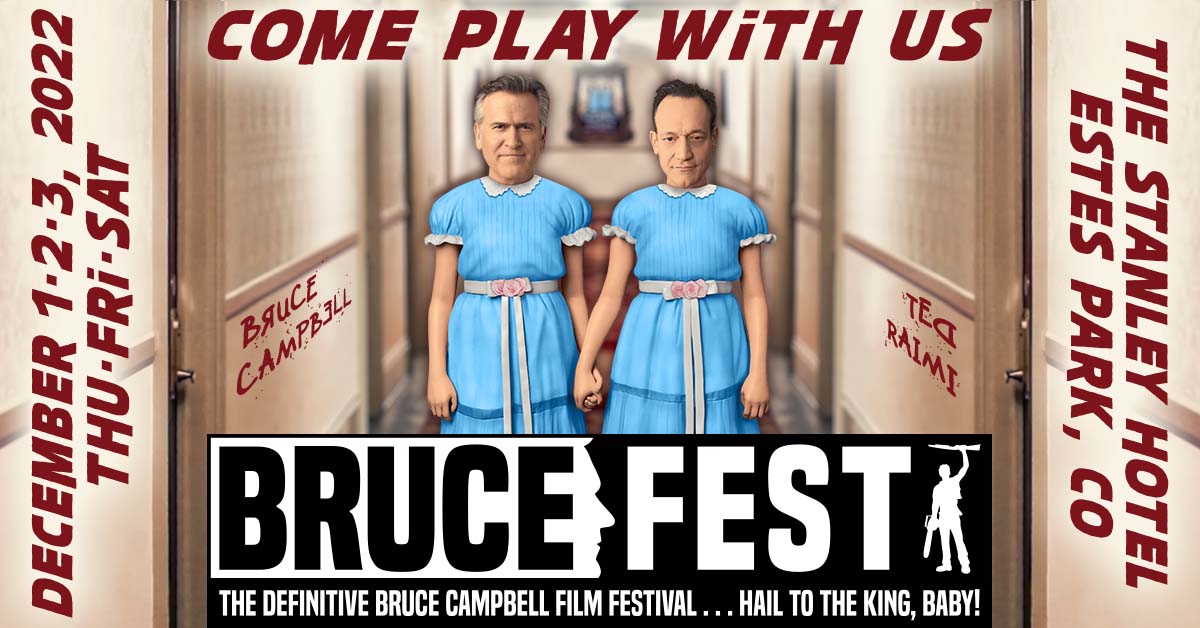 BRUCE CAMPBELL, AMERICAN ACTOR, WRITER, PRODUCER, AND DIRECTOR,
​MAY BE KNOWN BEST FOR HIS ROLE AS ASH WILLIAMS IN SAM RAIMI’S EVIL DEAD FRANCHISE.
​
Join us for an intimate weekend with Bruce Campbell, Ted Raimi and 350 true fans, at BruceFest: The Definitive Bruce Campbell Film Festival occurring Thursday, December 1, Friday, December 2, & Saturday, December 3, 2022. Passes are sold as 3-day passes and will gain you access to every intimate event all weekend long
All Festival Passess will include:
Cart 2 Passes and use code GROOVY at checkout to access the 2 for 1 Pass offer while supplies last!

We can't wait to be with you all weekend! Don’t miss “The Stanley Experience” – purchase your pass WITH a 3-night stay at The Stanley and you’ll get: BOOK YOUR HOTEL STAY NOW AT BY CALLING 970-577-4076